There are 3 common types of reflection mappers used in locations. These are detailed beneath. With all probes you can either specify which instances to include manually, or an easier way to do it is to just include all except for specific instances to exclude.

This is used for wet weather reflections. This should be assigned as the reflection mapper on road meshes pre PBR. On PBR materials it is auto assigned.

A sample of the mapper is beneath.

It should be populated with Instances that have a reflection plane assigned in order to give appropriate wet weather reflections.

Typically we should be very careful about which objects are included as manually assigning accurate reflection planes can be difficult, and this performance hit for this is quite expensive.

The mapper renders the objects reflected from the current view point.

With Cubic Reflection mappers, the draw distance, texture size and element cap is limited dynamically by in game graphical settings.

This is used for live reflections on a car. This should include all objects suitable to be reflected onto the car's bodywork.

This includes terrain, barriers, prominent buildings, trees and more around the entire circuit.

The mapper renders from the position of the current vehicle.

Static Probes can be setup to calculate IBL for PBR objects.

These are setup at a specific point on the circuit and certain objects in the proximity only need to be included.

The probe is updated much less frequently than the others.

Multiple probes can be setup for different lighting conditions, such as having a probe for objects inside the pit garage.

It is recommended to not include strong colour casters in probes. Such as colour advertisements or bright objects. These can make the reflections in areas the probes are used with out these objects seem strange.

The IBL Visualiser in the Scene Viewer or Developer Mode allows a preview of the current settings applied to each mapper, a drop down list can be used to preview each mapper and its settings in the scene. The visualiser will also update as it is moved around the scene. 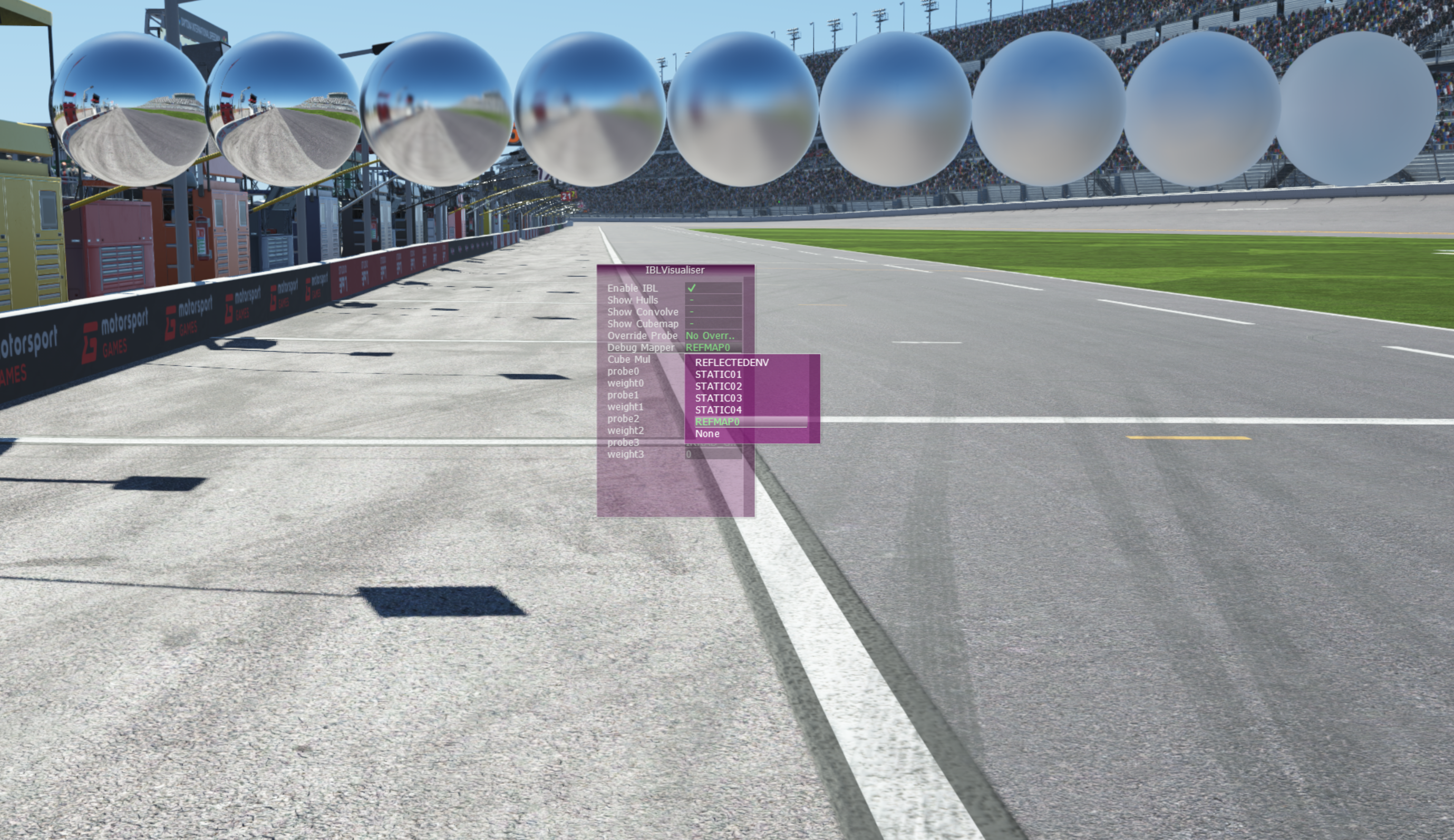 Instances can now be included or excluded from mappers using the InsRule tag. for example: