The supports for the screen should be modelled as normal TSO with LoD’s (if necessary), using a PBR shader (standard or blend as necessary) and baked AO.

The model should include the screen face surface, even though it will not be visible in game because the screen plane (asset 2) sits in front of it.  This if for lighting and shading reasons.

Note that because the TSO’s screen face is not visible in game, it should just be mapped to some small part of albedo texture. Do not reserve a big area from albedo texture for this, but just give it reasonable mapping coords. 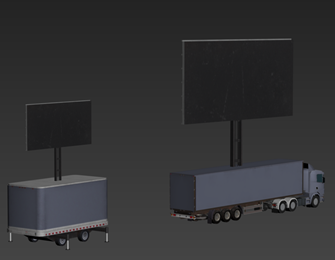 The second asset is the actual screen plane.

This is a flat, single polygon plane which has a "Track Side Live TV Monitor" shader is applied to it (described in the next section).  The shader enables feed from the video frame buffer data which is then shown as a “live video feed” in game.

The plane should be placed 2 cm front of the TSO’s screen face to avoid z-fighting. 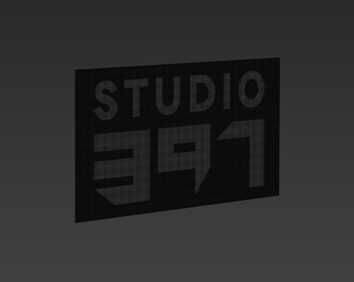 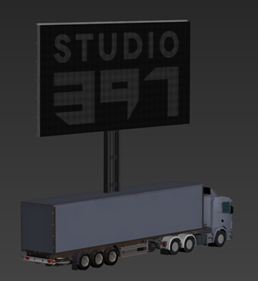 It is a good idea to group the screen TSO and screen face mesh together for easier distribution. 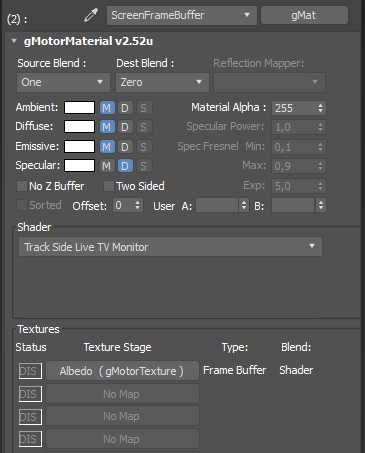 The screen TSO export settings should be setup like any other TSO.  The screen face should share the same settings (like LoD in/out values and VisGroups), except shadow casting and reflections.

Plant both assets somewhere on your track, export them and add scn entries for testing.

Load the track with your exported test screen in the SCN viewer and navigate to front of the screen.

You should see “live tv” feed on your screen face when moving around front of the screen. 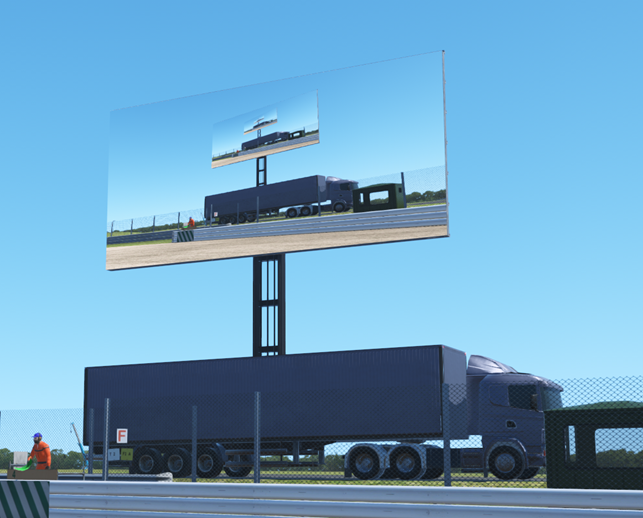 Material settings are quite obvious, very similar like your own TV or monitor, with few extra adjustments. These adjustments manipulate frame buffer feed output on screen face. 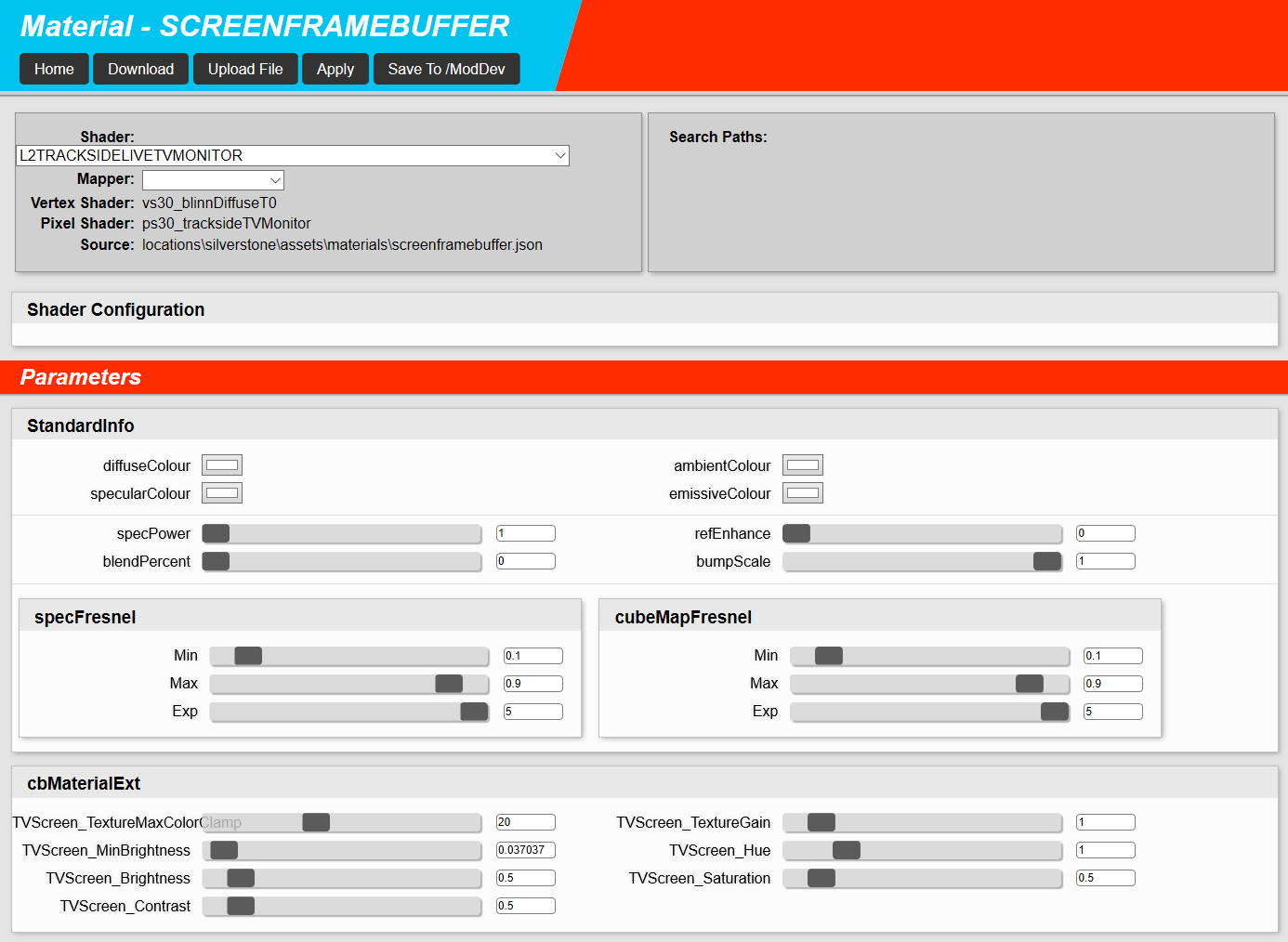 TextureMaxColorClamp - Works together with saturation adjustment, clamping the maximum saturation value. Default value 20 is good for most solutions.

TextureGain - Simplifying explanation without complex scientific formulas, this adjustment affects to overall video signal level on the screen. Higher value gives “brighter” picture and lower value gives “darker” picture. This adjustment can be used for balancing screen output at night time, but be careful that you do not overdrive screen outlook at daytime (=washed out picture at daytime). Default value is 1.0

Hue - Adjusts base hue of the screen. With default value 1.0 frame buffer data is feed through as it is. Hue adjustment affects the hue of whole color spectrum of the screen. This is very sensitive adjustment, so adjust it carefully.

In real life these giant screens are made from standard size LED panels, which are “bolted” together for bigger screen sizes. Specific screen matrix hardware- and software solutions makes them work as a “single screen”.

Because of this we must take these LED panels “features” into account, when we fine tune our screen material settings.

Feeding frame buffer data through as it is does not give realistic output to our screens.

It is good practice to reduce saturation slightly and make the picture generally slightly darker. This should give us a more realistic look for our screens.